Hello all! Bill and I have been experiencing a major email disruption. I’m getting emails returned that I sent as far back as Friday, Oct 15th! Please bear with us as we get this sorted out. The responses to your emails were all sent, but they’re stuck out there in the ether somewhere. Ugh!!! You can contact Bill and I through text. Email now anticipated to be restored by October 22nd. Thanks for your patience! 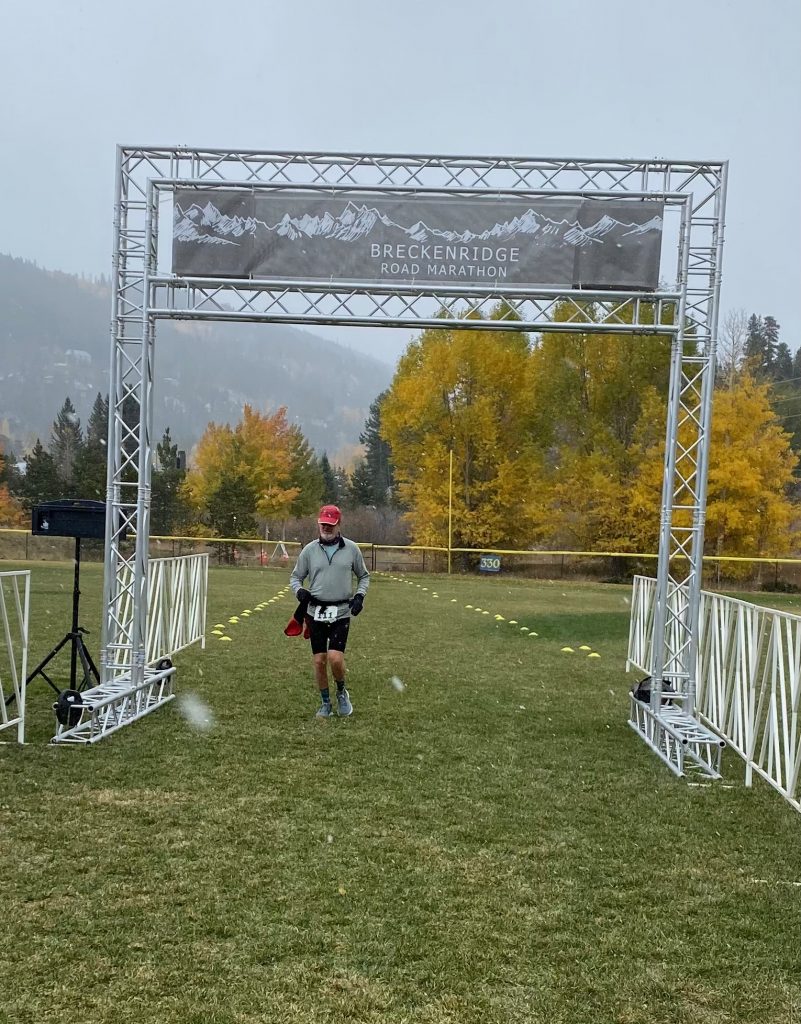 Congratulations to Frank Smith and Luis Vidal on their races this past weekend!

Frank raced the Breckenridge Marathon in Colorado, finishing in 5:33 and taking 9th in his AG.

Luis raced the Orange County Olympic Tri in CA. This is one of the longtime classic races in the United States. Luis finished in 3:44 over this hilly course.

Great job, guys. And good luck to all our athletes at AZ 70.3 this weekend!

Congratulations to our athletes who raced last weekend! Great events across the country! 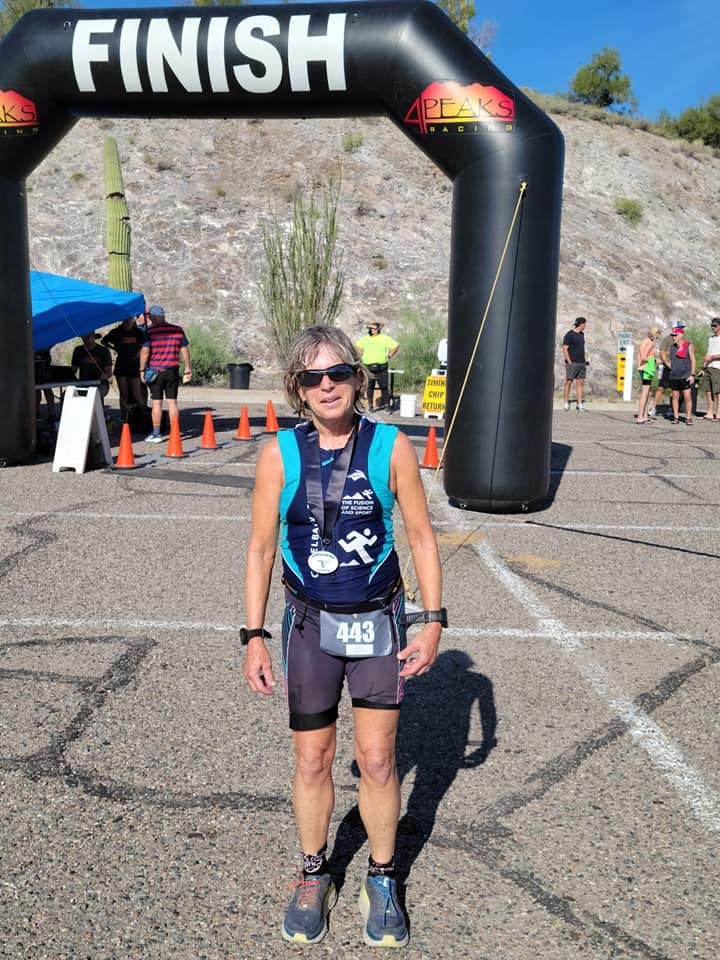 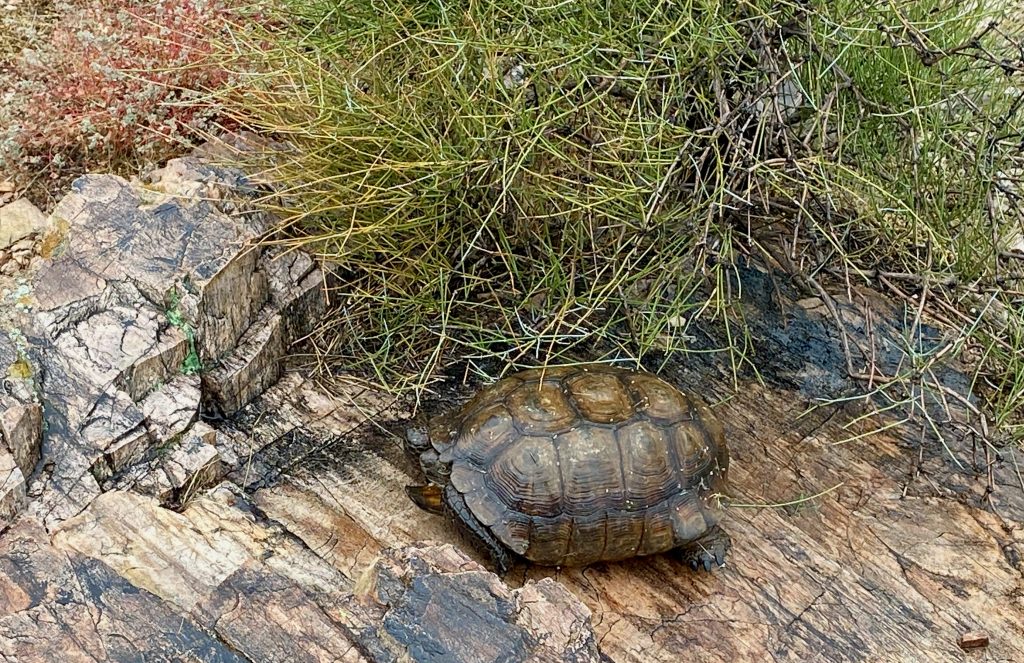 More great racing from our athletes these last couple of weeks! [The accompanying picture of this tortoise in no way reflects or characterizes their performances – ha! It was just cool to see a tortoise out in the wild in the McDowells!]
We would especially like to recognize Frank Smith who ran the 6 Mainly Marathon Series last week. This was an event where you ran a 50K each day for 6 days at different locations around middle of the country. Frank successfully finished each day and has now completed 188 marathons or ultra-events! His streak of running a marathon or ultra each month dates back to Oct 2012!!
Also, congratulations to Andrew, Kemp, and Ian, who raced across different parts of the country (see below)!
Skull Valley Road Ride – 54 miles
Andrew Broderick – 3:13
Memphis 10K
Kemp Conrad – 44:35 – 2nd in AG!
Malibu Olympic Tri
Ian Sohie – 3:26 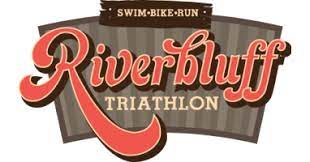 Catching up on a few race results! Ed Wallis raced the Riverbluff Olympic Tri in TN last weekend. Ed finished in 3:02 and took 7th in his AG. Ed will be racing the Memphis 70.3 this Oct. Nice job Ed!

Also, Kemp Conrad raced the Memphis 5-mile run, finishing in 35:42 and placing 1st in his AG!

And finally, congratulations to Frank Smith for completing the Beaver Chase Marathon, OH in 5:55, keeping his monthly marathon streak alive! 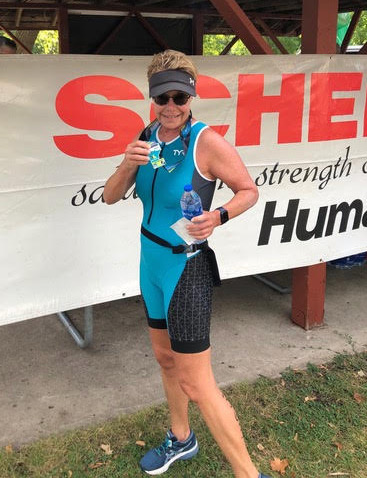 Lots of results to catch up on, so here we go!

Kemp Conrad raced in his first Triathlon National Championships in Milwaukee after only one year in the sport. He raced the Sprint and the Olympic distance races over the course of the weekend. He finished the sprint in 1:16 and the Olympic in 2:32. His Olympic time was a PR by 14 minutes!
Frank Smith raced the Boulder 70.3 on a day when Denver recorded the worst air quality in the world! The smoky skies did provide some heat relief, though. Frank finished in 7:09 and took 30th in his age group.
Maria Warner and Joan McGue raced the Mountain Man Olympic Tri in Flagstaff last weekend. This is one of the toughest Olympic races in the US and a longtime favorite of SW racers. Maria finished in 3:41 and took 4th in her AG while Joan finished in 4:22 and took 2nd in her AG!
During the same weekend, Carlos Diazcadena raced the Leadville 100-mile MTB race in Colorado. He finished the grueling, high altitude event in 11:47, earning the coveted Leadville 100 belt buckle!!! Way to go, Carlos! He is hoping to follow this race up with the 108-mile Barnburner race in September held in Flagstaff.
Finally, Susan Geib (pictured) finished first in her age group in the Young Life Sprint Tri held in Detroit Lakes, Minnesota! Susan completed the race in 1:28 – an 18-minute improvement from last year! Outstanding race, Susan!
Congratulations to all our awesome athletes!

Catching up on a few race results!
Congratulations to Kemp Conrad who ran a 5K in Memphis a couple of weeks ago and finished in 21:56. This was fast enough for 2nd in his AG! Kemp did this just one month after racing IM Coeur d’Alene. Kemp will compete in the Olympic and Sprint distance National Championships this weekend in Milwaukee, Wisconsin. He races the Olympic on Saturday and the Sprint on Sunday. Good luck Kemp!
Also, Toby Baum raced a 4-mile race in Maine last week and finished in 27:47! That is 6:55/mile pace! Toby placed 3rd in his AG and 28th overall! Nice job Toby!
Finally, we’d like to give a shout-out to Susan Geib who raced the Alexandria Sprint Tri in Alexandria, Minnesota, last weekend and finished in 1:28. Susan took 3rd in her AG!
Congratulations to all our athletes! 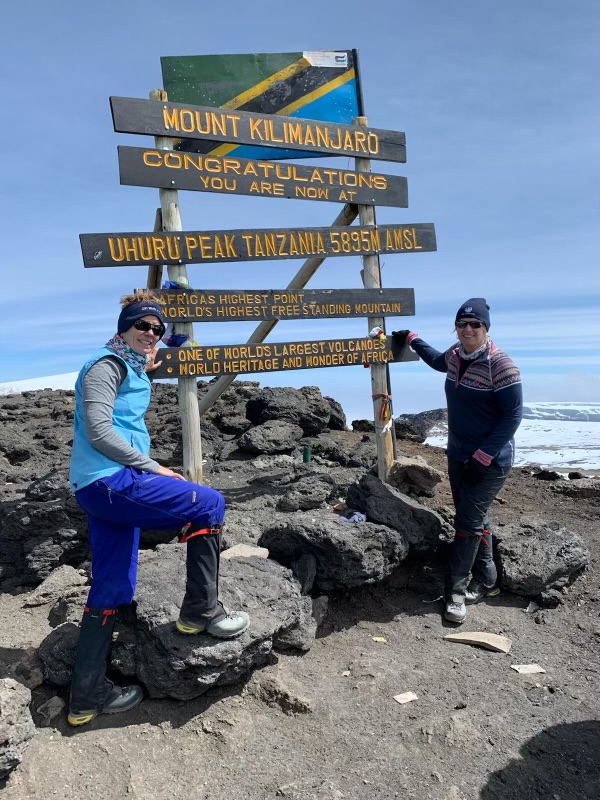 Congratulations to longtime Camelback Coaching athlete, Jona Davis, who successfully summited Mt. Kilimanjaro this past week. She relied on years of endurance training as a triathlete and then sharpened her fitness for this climb with running and hiking over the past year to be ready for this high altitude challenge. Kilimanjaro is one of the “Seven Summits,” topping out at 19,341 feet!
Also, Frank Smith ran the 8-hour Dream Endurance Ultra in Indianapolis. The race involves running as many miles over a looped course that you can in an 8-hour period. This was an actual event and not virtual! Frank covered 50Ks in 7:39 and took 4th in his AG!
Great job, guys! 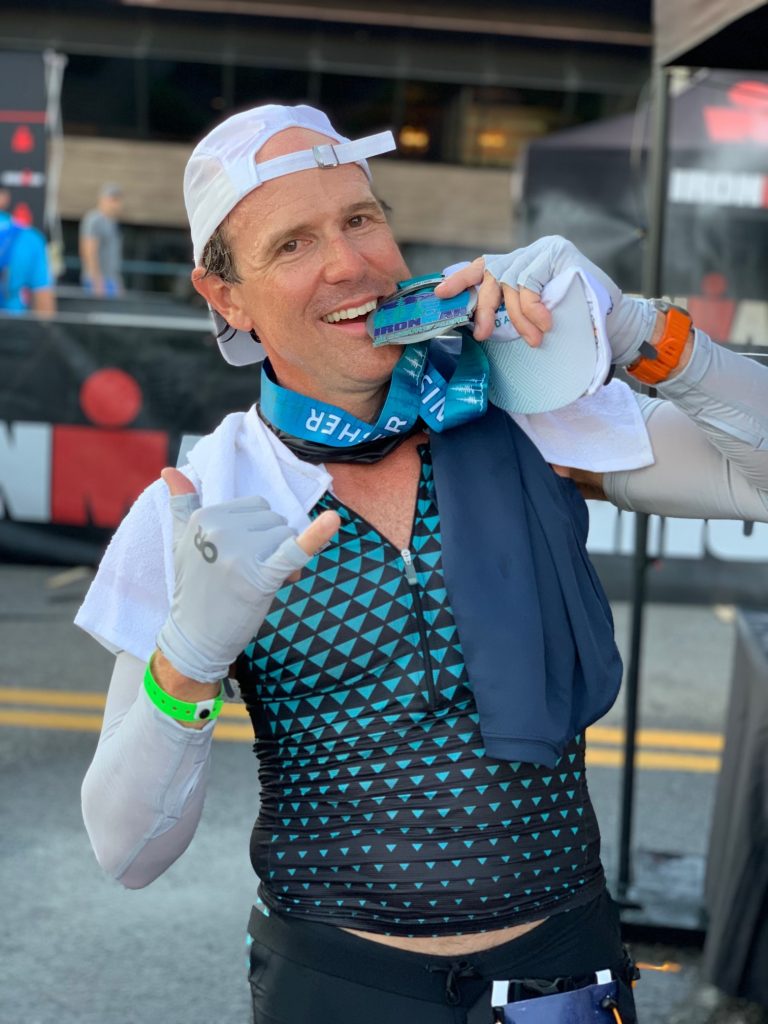 Last weekend was brutal for racing. The heat dome over the west drove DNF rates to new highs at many marquee races. You know it’s bad when it reaches 121 degrees in British Columbia!!! Despite the temperatures, there were some notable race results to report. Nice job to everyone who got out there and faced that heat!
Ironman Coeur d’Alene (ID)
Kemp Conrad (pictured) – 14:11 his 1st ever Ironman!
Average Joe Sprint Tri (MN)
Susan Geib – 1:46 – 1st in her AG!
Anne Buffalo Sprint Tri (TN)
Ed Wallis – 1:46 – 11th in AG
Brazos Beno 50K (Virtual, OH)
Frank Smith – 7:00. Frank jeeps his monthly marathon streak alive and well!
Congratulations to all our athletes!