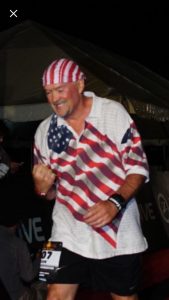 When I posted our weekly race results yesterday, I included a photo of one of our athletes, Dean Sowards, who completed the Rock ‘n’ Roll Marathon last weekend. If you read the post, either on Facebook or our website, there’s a good chance you glossed right over his results. He finished in 6:56. And yet, he was by far, the most impressive finisher of the day

He was diagnosed in 2015, and up until that day, he’d never really been sick a day in his life. He took hormone and radiation therapy for about two years and was considered cured.

In 2017, he wanted to do something epic during remission. He decided he wanted to become an Ironman. He bought a bike and a wetsuit and completed AZ 70.3 and IMAZ. 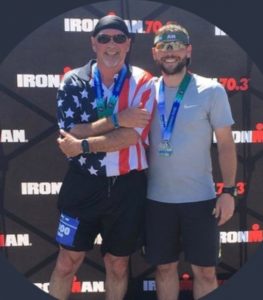 In August of 2018, after experiencing “phantom” leg pains, his therapist ordered an MRI. The cancer was back. It had metastasized and spread to more than a dozen spots in his body. He was given 24 – 36 months to live. 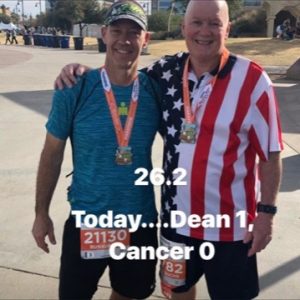 He started chemo in September of 2018 and continued through January of 2019.

Dean and I met just after the 2019 Rock ‘n’ Roll Marathon, when he came to me for swim help. He’d DNF’d his four previous swims due to anxiety and what he thought was poor technique. We did our lessons and wow! He went on to complete three half Ironman swims and three full Ironman swims in 2019. 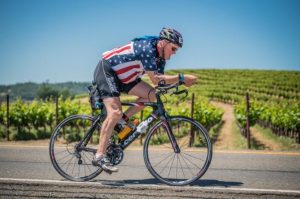 Cancer-related kidney issues hampered his training in 2019 (he didn’t train at all the last half of 2019), but that didn’t stop him from participating in three full Ironmans – Santa Rosa, Florida, and Arizona. He didn’t complete these races, but he did finish the swim and bike on all courses. 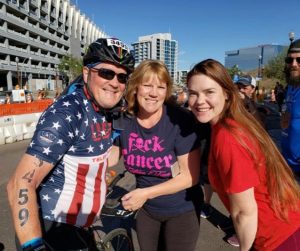 He is not slowing down in 2020. He just finished Rock ‘n’ Roll, and next, he’ll be toeing the line at Oceanside 70.3, Escape from Alcatraz, IM Canada (with his son!), IMFL and IMAZ.

IM Canada is being held exactly 24 months from the date he was given 24-36 months to live. 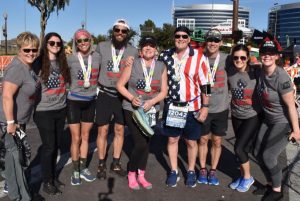 Currently, he’s combatting new lesions as they occur. He underwent surgery in December to fuse and kill new cancer lesions in his L5. And they’re trying to figure out how to deal with spots in his hip and scapula. Dean has full body scans every 90 days and is always meeting with his team to devise new battle plans.

Dean’s support system is second to none. His family, his friends, the T-SHIRTS! 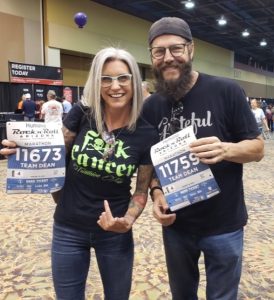 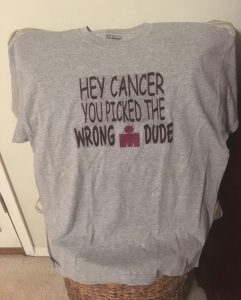 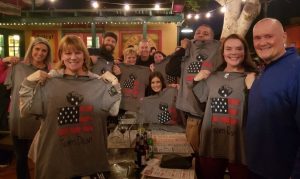 Bill is excited to be stepping in to write Dean’s training plans this year and we can’t wait to see what he’ll do. He inspires us daily, and we’re hopeful that in relaying his story, perhaps you will be inspired, too!